HEFF SHIRMAL, India (AP) — The Indian soldiers descended on Bashir Ahmed Dar’s house in southern Kashmir on Aug. 10, a few days after the government in New Delhi stripped the disputed Himalayan region of its statehood and launched a crackdown. Over the next 48 hours, the 50-year-old plumber said he was subjected to two separate rounds of beatings by soldiers.

They demanded that he find his younger brother, who had joined rebels opposing India’s presence in the Muslim majority region, and persuade him to surrender or else “face the music.”

In the second beating, at a military camp, Dar said he was struck with sticks by three soldiers until he was unconscious. He woke up at home, “unable to sit on my bruised and bloodied buttocks and aching back,” he added.

But it wasn’t over. On Aug. 14, soldiers returned to his house in the village of Heff Shirmal and destroyed his family’s supply of rice and other foodstuffs by mixing it with fertilizer and kerosene.

Dar’s account of violence and intimidation by Indian soldiers was not unusual. In more than 50 interviews, residents in a dozen villages in Kashmir told The Associated Press that the military had raided their homes since India’s government imposed a security crackdown in the region Aug. 5. They said the soldiers inflicted beatings and electric shocks, forced them to eat dirt or drink filthy water, poisoned their food supplies or killed livestock, and threatened to take away and marry their female relatives. Thousands of young men have been arrested.

Asked by AP to respond to the recent allegations of abuse from the Northern Command, the Indian army’s headquarters in Jammu and Kashmir. Its spokesman based in the main city of Srinagar, Col. Rajesh Kalia, dismissed the villagers’ accounts as “completely baseless and false,” and asserted the Indian army values human rights.

“There have been reports of movement of terrorists” in the areas AP visited, Kalia said. “Some youth were suspected to be involved in anti-national and disruptive activities and were handed over to police as per law of the land.”

India’s top security official, National Security Adviser Ajit Doval, said the army has not been involved in the operation in Kashmir. “There have been no atrocities,” he said.

For years, there have been accusations from Kashmir residents and international human rights groups that Indian troops have carried out systematic abuse and unjustified arrests of those who oppose rule from New Delhi in the divided region that is claimed by both India and Pakistan.

But frustration, anger and fear have been growing in Kashmir in the five weeks since the Hindu nationalist government of Prime Minister Narendra Modi stripped the region of most of its semiautonomous status on Aug. 5 and imposed a curfew and a communications blackout. Although some restrictions have been eased in the main city of Srinagar, with students encouraged to return to school and businesses to reopen, rural residents complain of what they perceive as a campaign of violence and intimidation that seems designed at suppressing any militancy, rebellion or dissent.

The abuses in the nighttime raids by troops began in early August as New Delhi took its action on Kashmir, according to interviews with at least 200 people. The change in status nullified decades-old constitutional provisions that gave Jammu and Kashmir some political autonomy and land inheritance rights. It also downgraded the state into two federally governed territories. The actions have been challenged in India’s Supreme Court.

In the village of Parigam, the family of baker Sonaullah Sofi was asleep when army troops raided his home. The soldiers took his two sons into a street, hitting them with gun butts, iron chains and sticks, Sofi said.

“Helpless, I heard my sons scream as soldiers started beating them up mercilessly in the middle of the road,” Sofi said.

“They hit our backs and legs for three hours. They gave us electric shocks,” Ahmed said, lifting his shirt to show his burned and bruised back. “As we cried and pleaded (with) them to let us go, they became more relentless and ruthless in their beating. They forced us to eat dust and drink water from a drain.”

Since the crackdown began, at least 3,000 people, mostly young men, have been arrested, according to police officials and records reviewed by the AP. About 120 of those have been slapped with the Public Safety Act, a law that permits holding people for up to two years without trial, the records showed.

Thousands of others have been detained in police lockups to be screened for potential to join protests. Some have been freed and asked to report back a few days later. Some are only held in the daytime, released at night to sleep at home, while their parents are told to bring them back the next day.

Ahmed, the baker, said the soldiers finally left at dawn, leaving them writhing in pain. He and his elder brother along with at least eight others were then bundled into a single ambulance and taken to a hospital in Srinagar.

The conflict over Kashmir has existed since the late 1940s, when India and Pakistan won independence from the British empire. The countries have fought two of their three subsequent wars over Kashmir, and each administers a portion of the region.

New Delhi initially grappled with largely peaceful anti-India movements in its portion of Kashmir. However, a series of political blunders, broken promises and a crackdown on dissent escalated the conflict into a full-blown armed rebellion against Indian control in 1989 for a united Kashmir, either under Pakistan rule or independent of both. Since then, about 70,000 people have been killed in the conflict, which India sees as a proxy war by Pakistan.

The region is one of the most heavily militarized in the world, patrolled by soldiers and paramilitary police. Most Kashmiris resent the Indian troop presence and support the rebels.

Now, a new generation in Kashmir has revived the militancy, challenging New Delhi’s rule with guns and social media. In February, a Kashmiri suicide attacker rammed a van full of explosives into an Indian paramilitary convoy, killing more than 40 people and wounding more than two dozen. Modi said at the time that government forces have been given “total freedom” to deal with militants.

For years, human rights groups have accused Indian troops of intimidating and controlling the population with physical and sexual abuse and unjustified arrests. Indian government officials deny this, calling the allegations separatist propaganda.

Abuses alleged by rights groups since 1989 have included rape, sodomy, waterboarding, electric shocks to the genitals, burns and sleep deprivation.

The U.N. last year called for an independent international investigation into allegations of rights violations like rape, torture and extrajudicial killings in Kashmir. India rejected the report as “fallacious.”

Parvez Imroz, a prominent rights lawyer, said the new reports of abuse in the security forces’ ongoing campaign were “disturbing.”

Fear and anger are palpable in the villages that dot the vast apple orchards, especially after sundown, when the soldiers come.

Abdul Ghani Dar, 60, said soldiers have raided his home in the village of Marhang seven times since early August, adding that he sends his daughter to another location before they arrive.

“They say they’ve come to check on my son but I know they come looking for my daughter,” Dar said, his eyes welling with tears.

Residents of three other villages said soldiers had threatened to take girls away from their families for marriage.

“They’re marauding our homes and hearths like a victorious army. They are now behaving as if they have a right over our lives, property and honor,” said Nazir Ahmed Bhat, who lives in Arihal.

In early August, soldiers came to the home of Rafiq Ahmed Lone while he was away.

“The soldiers asked my wife to accompany them for searching our home. When she refused, she was beaten up with gun butts and sticks,” Lone said. While she was being beaten, the soldiers killed their rooster, he added. 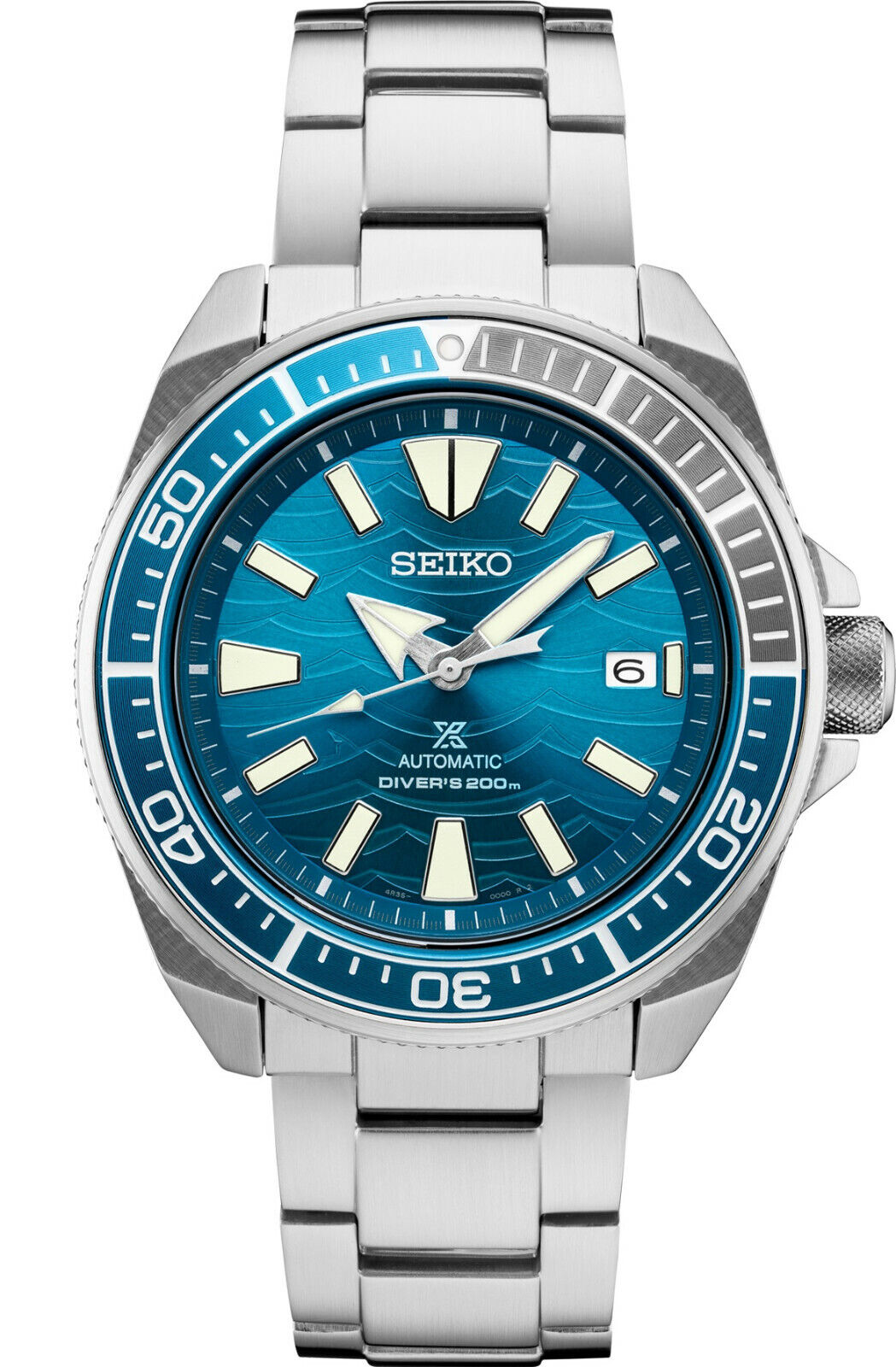